RE/P Files: An Interview With George Martin At A.I.R. Studio In London 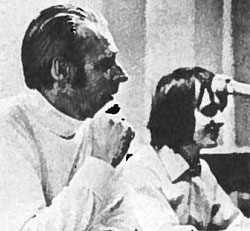 From the archives of the late, great Recording Engineer/Producer (RE/P) magazine, enjoy this in-depth discussion with legendary producer George Martin at A.I.R. Studio London, conducted by William Wolf. This article dates back to the January/February 1971 issue.

WW: Has A.I.R. done any independent production locating the talent, etc. as yet?

GM: Yes, but not much. We left our respective companies just over five years ago — three of us left EMI and one left Decca — and we had to do a deal with EMI which lasted five years; in fact, it ended about a month ago.

This was basically an independent deal but it also covered the servicing of artists that were contracted to the company anyway. Obviously the Beatles came under that, and other artists that we handled — there were quite a few. So we had to maintain those artists and so our time for finding other artists was obviously limited.

But at the same time, as the years went by it became more and more difficult to get new artists not because they weren’t there but because the deal that we had with EMI was limited to an overall royalty which gradually became — well, in fact, very quickly became out of date. So that by the time the contract ended we couldn’t possibly hope to secure any artists because we couldn’t offer them any money. We were bound by that and we couldn’t do anything about it.

Now that we’re free we can really look around — sniff the air — which is what we intend to do. But we decided, in fact, before we did that, to build a studio.

WW: Several of the studios I’ve visited in England are equipped, as is A.I.R., to handle visual material as well as audio. Do you feel that there is a potential in integrating the pop music field with visual technology ?

GM: Actually there aren’t all that many studios here that also do visuals. There are far more — fewer sound ones. But the tendency is, of course, to open up the visual side — mainly because, I think, this is inevitably the future. You’re bound to have video recordings; they’re on our doorstep.

WW: What are your feelings about four-channel sound?

GM: We haven’t built it into our boards mainly because it’s a very new development and most people in this country don’t know anything about it. We know about it because we go to your country. I honestly don’t believe it’s a very important development. It’s quite nice, it’s pleasant, it’s a very nice gimmick, but I can not imagine the average person going to the elaboration of fixing up four speakers in their room so that they can hear the ambiance of the concert hall behind them…

You could have circular sound, of course, but when I was introduced to quadrasonic sound, my comment was that if you’re using four speakers the ideal is not one in each corner of the room, but it is three in an equilateral triangle below you and one above you so that you’re in the center of a tetrahedron. Then you’ve really got all-around sound, in all manners — you’ve got up and down as well.

But this is being idealistic and I really don’t think it’s for the average man. It’s very nice, but I can’t imagine Mrs. Jones of Wiggum or in your case Mrs. Bloomfield of Connecticut taking the trouble of fixing up her drawing room or … whatever you call it … the lounge with four speakers.

WW: Is there stereo radio transmission in England?

GM: Yes, there is, but it’s very limited. It’s third program stuff; that is, you get classical concerts occasionally broadcast in stereo and occasionally you get stereo record broadcasts. I should think the number of people in England who listen to it is about .001 percent. And also, people don’t listen to radio much anyway. The average man in this country is glued to the television set.

WW: Would you describe what you feel the responsibilities of the producer are on a “rock” date?

GM: Yes. I’m glad you defined that because a producer’s responsibilities do vary an awful lot. For a rock date I think he’s got to get to know the group musically and obviously psychologically he’s got to know the people. He’s got to get into their minds and he’s got to try to find out what they’re trying to express and if he can find out, it’s then his job to realize it in terms of sound. So, his function is not to impose his will upon the group and produce his sound using the group as his puppet, but more to draw out from the group the best sound he can possibly get, and get them to play the best possible music.

WW: Then you feel that sound, as well as music, is a major responsibility of the producer?

GM: Yes. That’s the way I see it. It’s also psychological. I think you’ve got to learn how to get the best out of people find out when they’re going past it and so on.

WW: How would these responsibilities vary for a classical music session?

GM: Well yes, they vary enormously. To begin with, in the classical session, unless it’s chamber music, you’ve only really got one person’s ideas to deal with, and that’s the conductor; and then, from the amount of classical recordings that seem to take place today, it’s more a question of the diplomatic handling of that conductor and trying to get the best out of him rather than the technical details of a good sound.

The classical producers of today, and I’m not calling myself a classical producer, seem to leave everything to the engineer and just act like a kind of … what shall I say … host to the conductor. I don’t think they interfere too much musically, which I think is a pity. I think that classical music could be in fact improved by adapting certain pop techniques to it. I wouldn’t mind having a go at recording something classical in a different way. 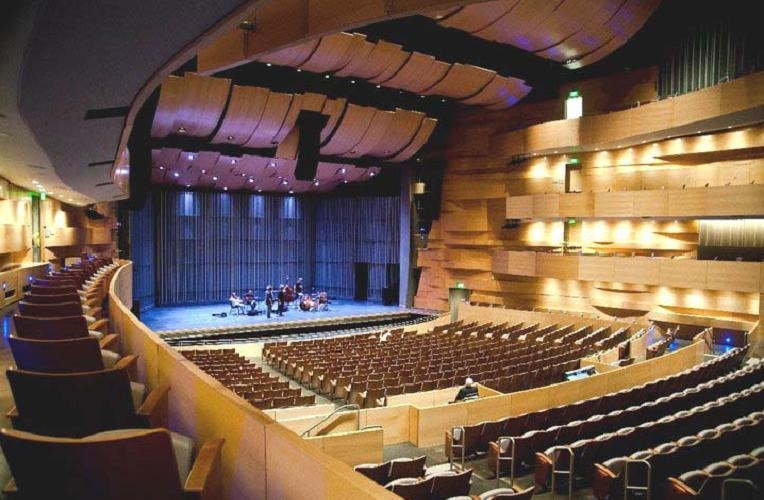